Richard is a long-term member of our local community here on the Northern Beaches of Sydney. A country boy, he moved to Sydney to follow a hugely successful rugby career playing with the Wallabies from 1988 to 1996 and then internationally to 2001.

On retirement, family and life took over, as an active surf club member at Collaroy, Richard sometimes wondered what actually went on at the Sargood building that sat on the beautiful headland which he could see from the beach and ocean. Keen to find out more, Richard attended a fundraising lunch for Sargood in April last year

Later that year, a terrible accident happened as Richard was playing Saturday soccer and he sustained an incomplete C4 injury. He spent a hard 5 months at Royal Rehab, slowly comprehending the enormous changes that he now faced, both for himself and his wife and 3 amazing daughters

Determined to regain his fitness and physical stamina, the gym at Sargood on Collaroy has been instrumental toward his recovery, both physically and emotionally, building independence, strength, fitness and friendships! The Gym here at Sargood makes it easier for those in the community with a disability to engage in fitness, and social and recreational activities.

To have access to this gym with its state-of-the-art adaptive equipment and facilities has been an absolute godsend! It’s such a great outlet for me, all the equipment can be adapted to suit my needs that day. Without Sargood on Collaroy, there would literally be nowhere for me to go and be able to work out so efficiently.Richard

We love having Richard around with his positive attitude and immense personal drive, it’s a pleasure to have you as part of our Sargood community. 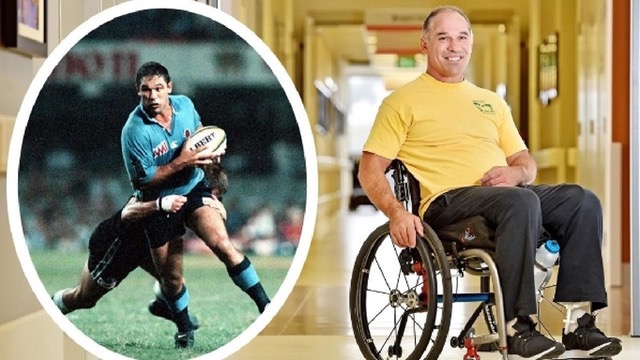